Gravity wall acts an armor for washed out shoreline slope

During the fall of 2016, a particularly bad storm hit a shoreline road in Gisborne, New Zealand. Monstrous waves slammed into the shoreline slope, which eroded away due to oversaturation and lack of foundational support. The erosion washed away part of the slope and took a portion of the road with it.

According to Andrew Lawton, Maintenance Contract Manager of Tairawhiti Roads, keeping roads open is difficult in this area that is so familiar with storms and flooding. Finding a solution that fixed the erosion, kept the road open, and fit the project’s three month deadline without sacrificing strength was key, Lawton said.

The eroded area was very close to the slope’s underlying rock, which created a unique design challenge for Korbi Schallinger, Civil-Structural Engineer for LDE Ltd. Before discovering Redi-Rock, Schallinger had very few choices. 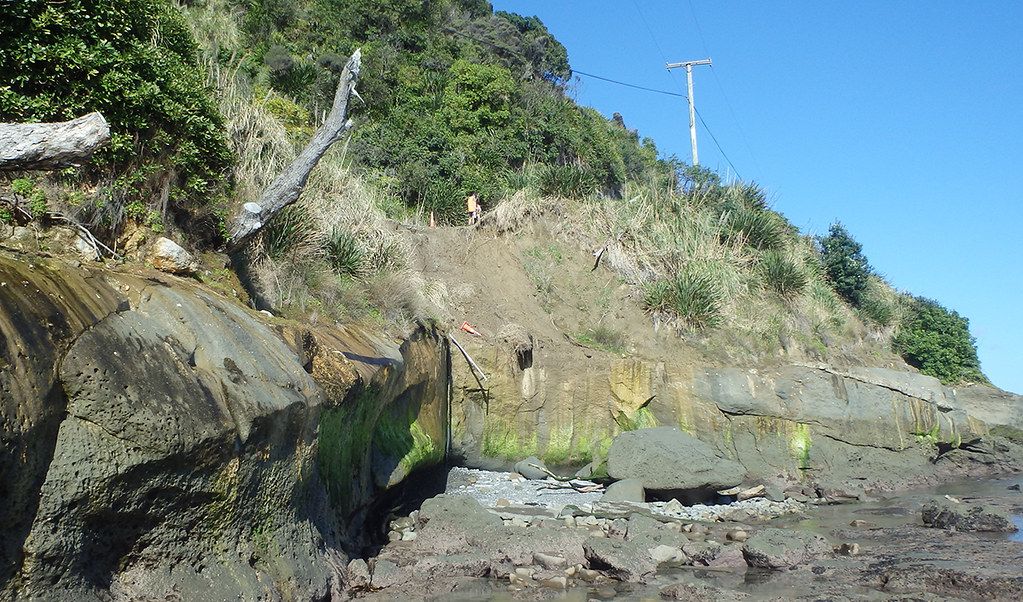 Massive waves deteriorated the shoreline and a portion of the road. A quick repair was imperative to getting this road back to a safe condition.

“None of the usual options were possible if we wanted to keep the road open,” Schallinger said. “The remote job site and huge setup costs made anchor installation too expensive.”

Eventually, Schallinger picked Redi-Rock after a recommendation from a colleague. It worked best for this project because “it offered the best and quickest solution with the least amount of disruption,” said David Hepburn, Duracrete Business Development Manager. For this project, local Redi-Rock manufacturer Duracrete worked closely with partner Bowers Concrete to supply blocks for the job.

Redi-Rock is an engineered precast retaining wall system that uses one-ton blocks that stack like giant Lego blocks. Because the blocks are so massive, the Redi-Rock gravity system relies on the weight of the block to hold the wall up in many applications like this one. Gravity walls require less excavation, minimizing disturbances during roadway repairs. The project used the Limestone texture to bring a beautifully natural stone look to what was an unsightly unsightly eroded shoreline.

The gravity wall acted like a plate of armor for the washed out slope and underlying rock. Installers placed material behind the wall to fill the eroded area and bring stability back to the coastline. The wall reached heights of 21 feet (6.4 meters), ensuring that part of the road will always be safe for drivers. 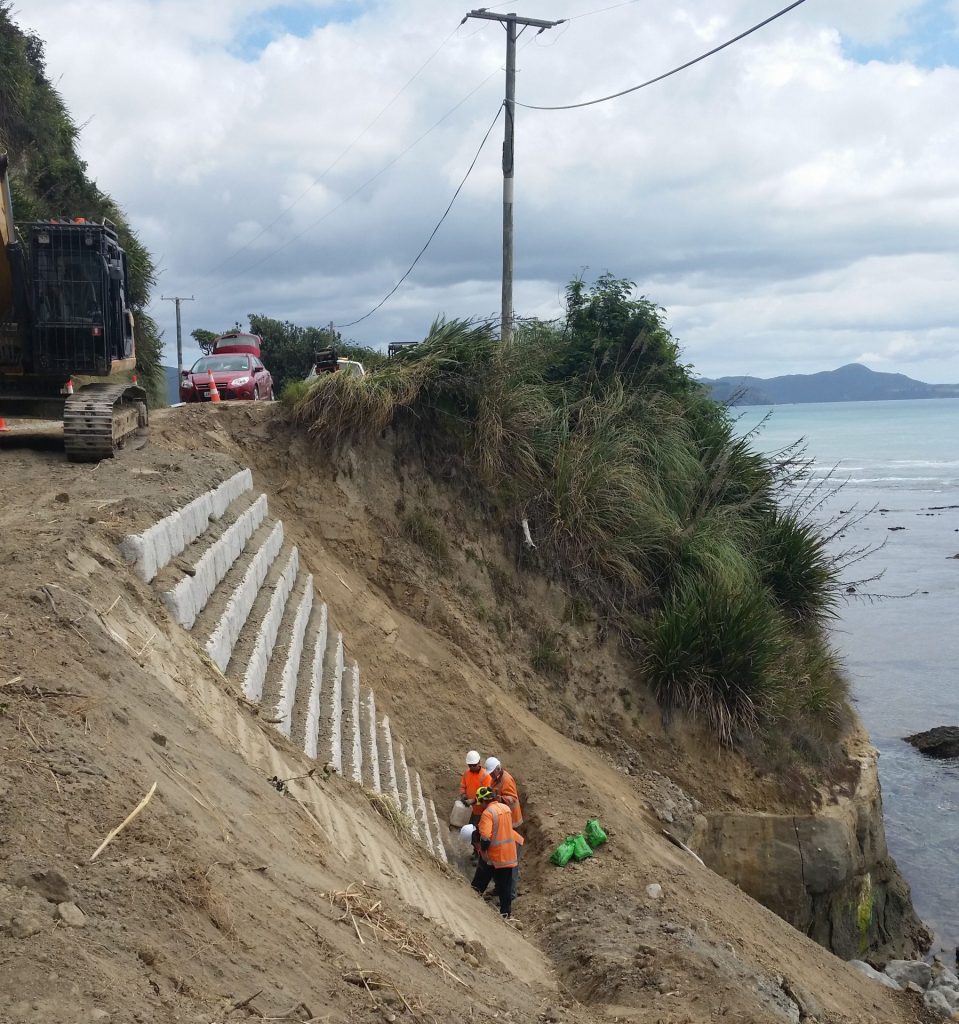 The small crew needed on this job were able to complete the entire project in 10 days.

Only two men with machine assistance installed the wall in 10 days. Justin Dempsey of Services South East said he was happily surprised by how quickly and easy the installation process went.

“The wall looks great, the contractor did a great job installing it to specification, and forward maintenance costs should be minimal,” Lawton said.

Where other reinforcement systems would cause massive earth moving, and different retaining walls couldn’t get close to the underlying rock, Redi-Rock’s gravity wall system proved to be the best solution. 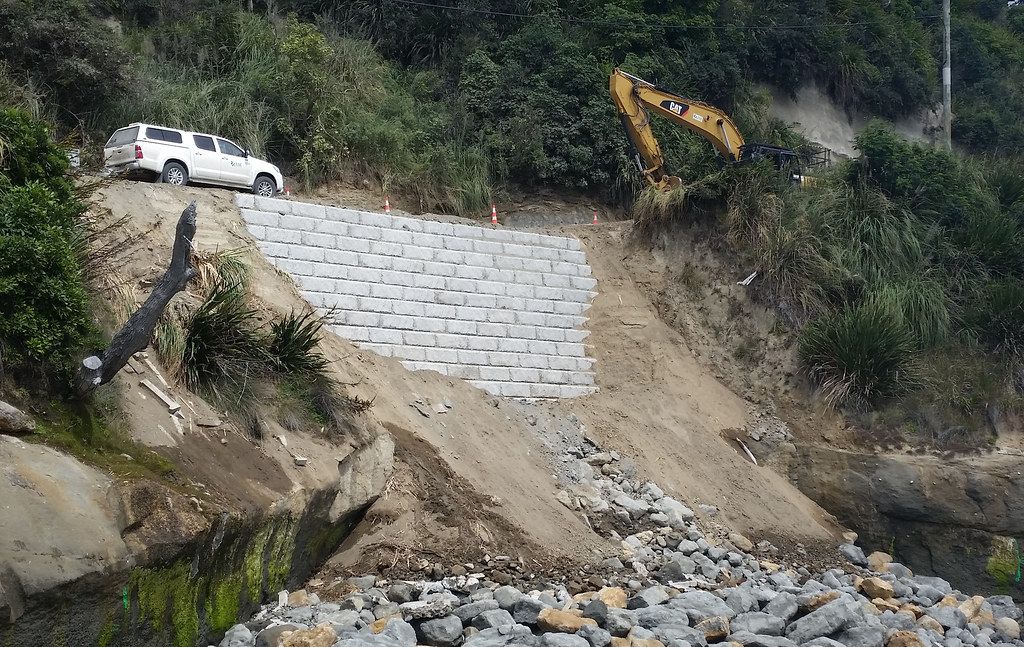 Thanks to the joint effort of all involved, the project was completed quickly and without total road closure!

PRODUCTS FEATURED IN THIS CASE STUDY